Following the budget deal made in the US government earlier this month, lawmakers are preparing to approve new agency funding priorities—for the first time since President Donald Trump took office—next month. Once formal appropriations bills are passed, the US Geological Survey (USGS) will be able to move forward with plans to shutter its Biological Survey Unit (BSU), The Washington Post reports.

The BSU, which is located at the Smithsonian Institution’s National Museum of Natural History, was established in 1885 to document and study plant and animal populations in the U.S. According to The Post, the office has an annual budget of about $1.6 million and six researchers who care for a collection of around a million bird, reptile, and mammal specimens.

“They’ve made a decision to mothball a reservoir of basic research, much of the baseline information on the fauna of the United States,” David Schmidley, a former president of the University of New Mexico, Oklahoma State University, and Texas Tech University, tells The Post. “And that, to me, makes no sense.”

Earlier this month, scientists who head the American Society of Mammalogists, the American Ornithological Society, and the American Society of Ichthyologists and Herpetologists, penned an editorial in Science urging lawmakers to reconsider the decision to eliminate the unit. “BSU activity over the past 5 years has included collection of many thousands of specimens from multiple states and foreign countries, loans of scientific specimens to institutions in the United States and abroad, hosting visiting researchers, and publication of seminal scientific contributions,” they wrote. “[We] express deep concerns over these budgetary decisions, and we urge reconsideration of budget priorities to maintain and, indeed, to revitalize the BSU.”

According to The Post, those who support the proposed budget cuts argue that these collections don’t represent “cutting-edge research” and that they should receive private funds, rather than government support. “If this collection is that valuable, there are probably 20 billionaires that could endow it,” former House Speaker Newt Gingrich (R-GA) tells The Post.

The BSU is not the only USGS program facing termination. The agency also plans to end its 50-year effort to restore endangered whooping crane populations. 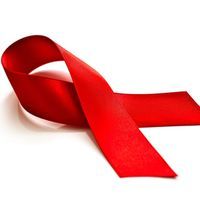