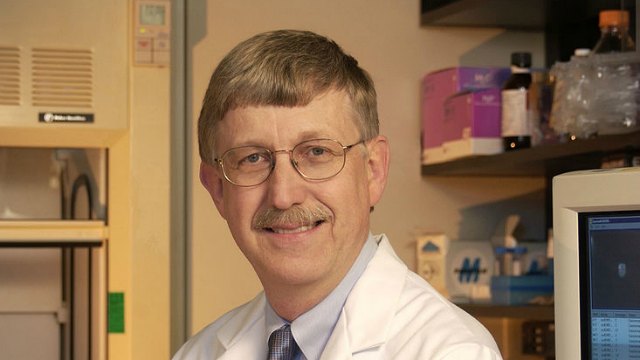 WIKIMEDIA, NATIONAL HUMAN GENOME RESEARCH INSTITUTEUpdate (June 7): NIH Director Francis Collins will keep his job, the White House announced today. Collins tweeted: “Honored to be selected by @POTUS to continue as #NIH Director. I consider it a privilege to continue to lead this noble enterprise.”

According to STAT News, “[t]he continuation announced Tuesday isn’t a guarantee that Collins will remain in place for any specific length of time, spokespeople for both the White House and the NIH confirmed.”

Republican and Democratic lawmakers praised the appointment. “This is good news for the country and one of President Trump’s best appointments,” Senator Lamar Alexander (R-TN), the chairman of the Senate Health, Education, Labor and Pensions Committee, tells The Hill in a statement. (Update by Kerry Grens)

President-elect Donald Trump has asked National Institutes of Health Director Francis Collins to stay on through his administration’s transition into office,...

Whether Trump will formally appoint Collins has yet to be seen. According to The Washington Post, “if he is not asked to stay permanently as director, Collins, a geneticist, is planning to return to his NIH lab.”