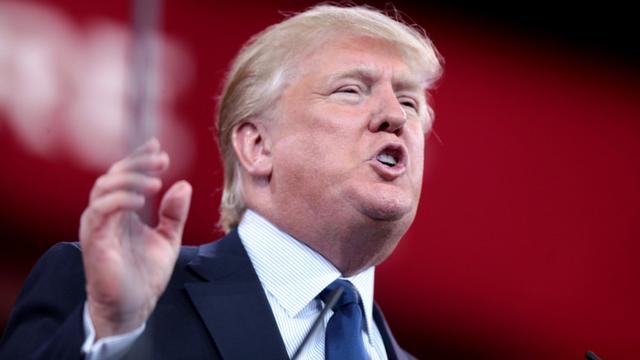 FLICKR, GAGE SKIDMOREThe Trump administration’s first official memo on science and technology spending, released yesterday (August 17), prioritizes national security and defense, economic prosperity, energy dominance, and public health. The document specifically calls out basic research as “critical,” but states that projects of “greater uncertainty” should give way to those that can be more readily developed into products and services.

According to a Science news report, the administration’s priorities are markedly different from those previously issued by the Obama administration and make no mention of “climate research, Earth observations, and advanced manufacturing.”

As far as basic science pursuits are concerned, the memo states that they “may not provide the economic incentive needed to attract private sector investment. Therefore, agencies should give priority to funding basic and early-stage applied research that, supplemented by private sector financing of later-stage R&D, can result in the development of transformative commercial products and services.”...

With deadlines coming up next month for FY2019 budget requests, the annual memo, a collaboration between the White House Office of Science and Technology Policy (OSTP) and the Office of Management and Budget, is meant to guide agencies on how to allocate funds, reports Science. Its release was not deterred by the notable absence of a presidential science advisor.

In a statement emailed to The Scientist, Michael Kratsios, acting OSTP head and deputy assistant to the President, says the memo does not depart from prior administrations’ approaches to basic science funding in seeking to “eliminate overlapping programs within Federal R&D, and eliminate overlap where it makes more sense for private investment to move forward.”

“Our guidance asks agencies to always be mindful of where the money is coming from - the American taxpayer,” he writes. “Recognizing the value of basic research, which may or may not be commercially realized, [it] calls for proposed research programs to have the potential to contribute to the public good.”

The overall gist of the memo is keeping with Trump’s view of “defense first, security second, with the economy, energy, and health after that,” which was apparent in the administration’s FY2018 budget, Kei Koizumi, formerly with OSTP under the Obama administration, tells Science.

On the other hand, AAAS federal research spending expert Matthew Hourihan tells Science that the priorities highlighted in the current memo overlap with those the administration sought to cut. “Beyond the obvious differences with Obama’s approach, this guidance also doesn’t have a lot of similarities with President Trump’s own 2018 budget request,” Hourihan says.

“America” precedes each of the memo’s listed priorities, notes the news report, “in keeping with the administration’s approach to branding issues.”