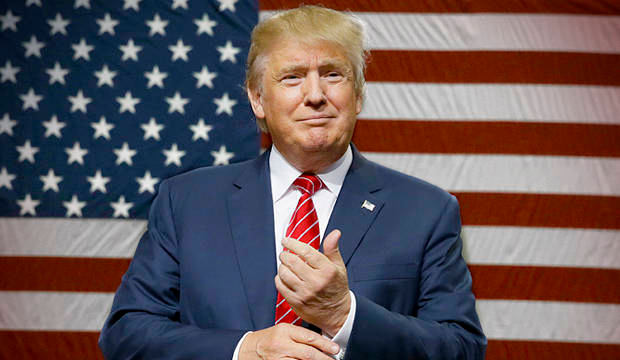 WIKIMEDIA, AP/LM OTEROResearchers and science advocates are taking to social media to voice their opinions on what a Donald Trump administration may mean for science in the coming years. Out of nearly 160 respondents who voted in a Twitter poll posted by The Scientist, 42 percent said that they feared research funding would be affected by a Trump presidency. Running a close second was public support of science, which 35 percent of respondents felt would be impacted by Trump.

Comments also came in to The Scientist’s Facebook page. “I am taking a breath and trying to explain to my children that science matters, that global climate change is indeed occurring and we are watching it happen via species migration, storm intensity, and inundation on our coastlines,” wrote Deanne Caffee-Cooper. “That we have to continue to work on credible threats to international food security and water resources. That our...

Another Facebook commenter, Chris Stable, expressed a slightly different viewpoint. “If science falters as a result of the political sphere,” he wrote, “then it is our fault as scientists.”

Other researchers are suggesting that President-elect Trump and his advisors receive a science “tutorial” before taking office. “Some responsible scientist needs to educate [Trump’s transition team] about the importance of the scientific enterprise,” Harold Varmus, former National Institutes of Health (NIH) director now of Weill Cornell Medicine, told STAT News. “I hope we’re going to be able to accommodate the new reality. But someone needs to give the transition team a tutorial.”

Scientists abroad are expressing solidarity with their US counterparts. “I feel sad for the United States and its scientists, and would like to welcome good scientists to work and live in China,” said Peking University neuroscientist Yi Rao in a comment quoted by Nature.

Meanwhile, the American Association of University Professors (AAUP) is warning that academics are expressing fear that Trump “may be the greatest threat to academic freedom since the McCarthy period.”

“His remarks about minorities, immigrants, and women have on some campuses had a chilling effect on the rights of students and faculty members to speak out,” the AAUP said in a statement released Wednesday (November 9).