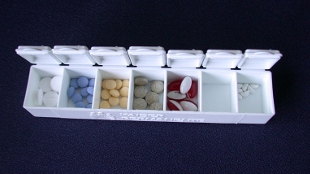 The TB Alliance is continuing its charge to develop a new drug regimen for people with tuberculosis, jumping regulatory hurdles to test several new combinations of drugs. Yesterday, the non-profit organization announced that they would begin a second clinical trial to test a new drug combination that can be taken for less time and, hopefully, work more effectively against the disease.

Currently, tuberculosis patients are prescribed a handful of antibiotics to be taken every day for 6 months. And if they develop a multi-drug-resistant form of tuberculosis, they will receive daily injections for 6 months, followed by 18 months of pill-popping.

In September 2010, the TB Alliance launched the first new phase II trial for new tuberculosis medicines in 50 years, testing a three-drug regimen: the experimental drug PA-824 with antibiotics moxifloxacin, and pyrazinamide. The first trial, completed in September 2011, only measured the drug’s safety and...

The new trial will test the same drugs, but instead will last for 2 months, enroll around 250 people, and take place at 8 sites around Africa and South America.

The TB Alliance hopes that, with this drug combination, treatment time will be cut to 4 months, patients will take fewer pills, and costs will be lower.