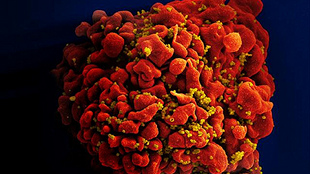 FLICKR, NIAIDThe website for the annual Conference on Retroviruses and Opportunistic Infections (CROI), a major US HIV/AIDS meeting, is currently offline following a conflict between the two groups that formerly organized the event, ScienceInsider reported.

CROI, which has taken place annually for the past 20 years, has been the site of many important announcements in the history of HIV/AIDS research. The conference website was host to years’ worth of conference abstracts and other resources for AIDS researchers and the public.

The nonprofit CROI Foundation and the for-profit CROI LLC have previously been responsible for organizing the conference each year. But the two groups appear to have had a falling out. “I’m not allowed by our confidentially agreement to divulge anything,” Constance Benson, CROI Foundation board president and a professor at the University of California, San Diego, told ScienceInsider. “We reached an impasse this past couple of years over...

Melissa Sordyl, head of CROI LLC, told ScienceInsider, “CROI LLC is no longer the conference secretariat and that is why the site is no longer active.”

Benson told The Scientist in an email that anyone seeking information on the 2014 conference, which will take place in Boston in March, should go to a new website: www.CROI2014.org. “We have no further update on the old website at this time,” Benson said. She added that Sordyl owned and maintained the old website and that it does not belong to the CROI Foundation.

The CROI Foundation is partnering with the International Antiviral Society-USA to put on the 2014 conference, according to the new website.

Simon Collins, head of HIV i-Base, a website for HIV treatment activism and information, wrote on his site that the loss of the CROI website was a frustrating one: “CROI is established as the most important HIV scientific meeting,” he wrote, adding that  “the website is a vital resource not only as a record of previous meetings but as a free open-access research tool.”

Benson told The Scientist that the conference organizers are “working on a solution for the old content from past meetings.”