IMAGE: WIKIMEDIA COMMONS, KATY WARNERChronic users of acetaminophen (Tylenol) have a higher risk of developing blood cancer, according to a study published this week in the Journal of Clinical Oncology. The increased risk is small, but the finding adds to a growing body of literature that links cancer and painkillers (see last month's feature on the topic for more information). Previous work, for example, suggested that aspirin increases the chances of colon cancer survival, while also increasing the risk of bleeding ulcers, according to Reuters. It's still unclear, however, whether acetaminophen causes cancer, said study coauthor Emily White of the Fred Hutchinson Cancer Research Center in Seattle. 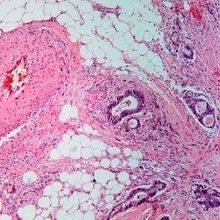