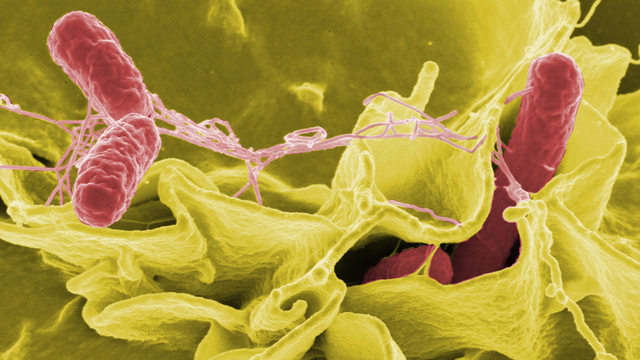 The bacteria behind an ongoing outbreak of typhoid fever in Pakistan is a strain of Salmonella enterica that has become resistant to multiple antibiotic treatments by acquiring new DNA, according to a study reported this week (February 20) in mBio.

More than 300 extensively drug-resistant cases of typhoid have been reported in the provinces surrounding Hyderabad, the city in Pakistan where the outbreak began in November 2016. Researchers at the Wellcome Sanger Institute in the United Kingdom have now discovered that the strain of S. enterica, serovar Typhi (Salmonella Typhi), responsible for the outbreak acquired an additional piece of DNA, or plasmid, that made it resistant to three first-line drugs against the illness—chloramphenicol, ampicillin, and trimethoprim-sulfamethoxazole—as well as fluoroquinolones and third-generation cephalosporins.

“Antibiotic resistance has been mounting in typhoid for decades,”...

In January, the provincial health department began a vaccination campaign in the Hyderabad area, which, according to The News International, aims to give about a quarter of a million children in the worst-affected areas the Typbar-TCV vaccine. This vaccine should “help to curb the frequent use of antibiotics for treatment of presumed typhoid fever, and thus help slow the increase in antibiotic resistance in Salmonella Typhi,” according to a World Health Organization statement. Last year, Gavi, the Vaccine Alliance, earmarked $85 million to introduce the vaccine in developing countries.