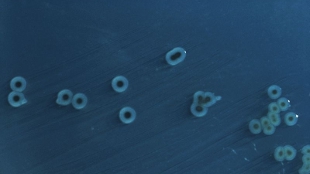 Salmonella enterica (serovar typhimurium)Centers for Disease Control and PreventionThe typhoid vaccine called Typhim Vi made by Sanofi Pasteur was recalled this week (October 8), due to insufficient potency in 88 percent of its stock. Anyone immunized after January 2011 could have received the weaker vaccine that may not protect against infection, reported BBC News.

Typhoid fever, in which patients can experience sustained temperatures of 103 degrees Fahrenheit or higher, as well as stomach pains and rose-colored spots, is caused by the bacterium Salmonella Typhi. The disease is not common in the United Kingdom or the United States, but it still causes 21 million infections per year in the developing world.  Visitors to South or South East Asia commonly get the vaccine prior to travel, and the U.K.’s Medicines and Healthcare products Regulatory Agency said that travelers returning from those areas should be vigilant for signs of disease,...

"There are no concerns over the safety of this vaccine, but the recall has taken place because the vaccine may not be as effective as it should be,” Ian Holloway, Head of Defective Medicines Report Centre, said in a press release.  Travelers still have other options, however. Typhoid vaccines called Typherix and Vivotif made by two other manufacturers are unaffected.