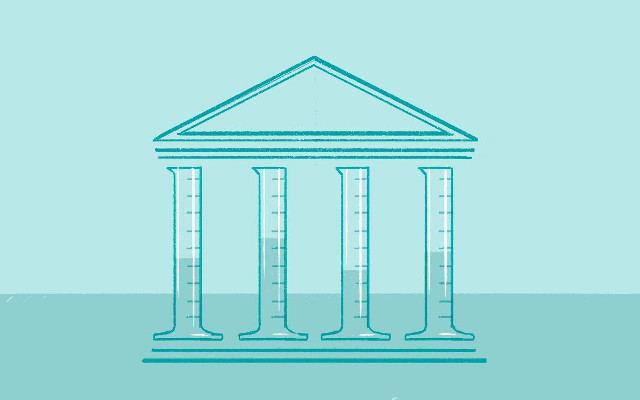 © BRYAN SATALINOUpdate (November 22): The UC Berkeley team will submit a reply brief supporting its appeal of the Patent Trial and Appeal Board decision to the US Court of Appeals for the Federal Circuit today, announced ERS Genomics, the company founded on the basis of Emmanuelle Charpentier’s work with the UC Berkeley team. “We are pleased that the briefing is now complete and that the court can now proceed to hear and decide the appeal,” Eric Rhodes, CEO of ERS, says in the announcement. “One of the important questions in this case is whether Broad’s deployment of conventional techniques for using bacterial systems in eukaryotic cells was an obvious aspect of UC’s core CRISPR-Cas9 invention.  Our side is adamant in our belief that this is the case.”

Update (October 25, 2017): The Broad Institute of MIT and Harvard University filed a brief today in response to the appeal...

In an opening brief filed with the US Court of Appeals for the Federal Circuit in Washington, DC, this week (July 25), the University of California (UC) argued that the ruling issued by the Patent Trial and Appeal Board (PTAB) of the US Patent and Trademark Office “flies in the face of core legal principles that govern the interference-in-fact inquiry, and defies common sense.”

The brief supports the UC appeal to the PTAB’s decision that a patent held by the Broad Institute of MIT and Harvard University does not directly compete with a patent application filed at an earlier date by UC Berkeley’s Jennifer Doudna and her collaborators, including Emmanuelle Charpentier, then at the University of Vienna.

The outcome of the appeal could determine which institutions hold the intellectual property rights to the use of CRISPR gene editing in eukaryotic cells—the most lucrative potential application of the technology.

“Ultimately, we expect to establish definitively that the team led by Jennifer Doudna and Emmanuelle Charpentier was the first to engineer CRISPR-Cas9 for use in all cell types including eukaryotic cells,” Edward Penhoet, a special adviser on CRISPR to the UC president and UC Berkeley chancellor, says in a statement.

In its own statement, the Broad Institute states that the brief “hinges on its argument that, although UCB’s work simply involved characterizing a purified enzyme in a test tube, it rendered obvious that genome editing could be made to work in living mammalian cells. This is inaccurate, as the PTAB noted repeatedly in its decision. Importantly, to overturn the PTAB decision, the Appellate Court would need to decide that the PTAB committed significant errors of law or lacked substantial evidence to reach its decision.”

That’s exactly what the UC team is alleging. According to the brief, the group argues that the PTAB “ignored key evidence” and “made multiple errors” in its assessment of the patent during an interference case initiated by the UC side. For example, the brief points out that the court rejected some patent applications filed before the Broad’s own application because the use of CRISPR technology in eukaryotic cells was “non-novel” following the work of Doudna and Charpentier.

Overturning the PTAB’s ruling won’t be easy, notes Jacob Sherkow, an attorney at the New York Law School. “While there were some interesting chestnuts in its brief—such as UC pointing out that the PTAB virtually ignored some important patents pending at the time [the Broad] patent was filed—I don’t think that’s going to be enough to win the day [for] UC,” he tells Science.

The Broad’s opening brief is due to the court by October 25.