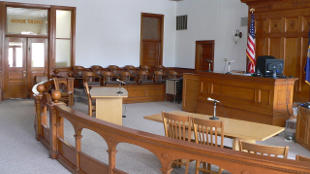 WIKIMEDIA, AMMODRAMUSTwo embattled California universities are no closer to reaching an amicable end to their disagreement after a superior court judge dealt a win to the University of California, San Diego (UCSD), which filed suit against the University of Southern California (USC) over a sizeable Alzheimer’s research grant from the National Institutes of Health (NIH). Alzheimer’s disease researcher Paul Aisen moved from UCSD to USC last month, taking with him a $55 million federal grant as well as many of his lab members. As a result, UCSD sued USC, alleging that Aisen illegally conspired to steal data and other assets associated with the grant. On Friday (July 24), San Diego Superior Court Judge Judith Hayes said she was issuing a preliminary injunction this week that would require UCS to cede control of the Alzheimer’s project.

“We all lose here,” Aisen wrote in an e-mail to The Los Angeles...

The fact that the dispute between the California schools actually reached the courts made news because such jockeying between academic institutions—for star faculty, big grants, and new facilities—is commonplace. “We never wanted to resort to legal action, but when all reasonable requests to return what is the rightful property of UC San Diego were ignored, there was no alternative,” David Brenner, vice chancellor for health sciences at UCSD, said in a statement. “We are pleased with today's decision and believe it indicates the strength of our overall case.”

According to Hayes, USC is not to change existing data related to the project, and both universities now have to work out how to return full control of the database to UCSD. While UCSD has won the first battle in its legal dispute with USC, the court did not rule on the monetary damages the school is seeking. Hayes instead referred both institutions to a settlement judge, who might help the two institutions negotiate an agreement and avoid a jury trial.