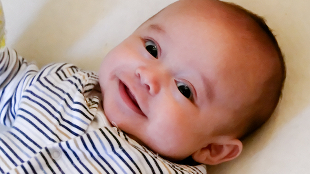 WIKIMEDIA, VOICEBOKSThe United Kingdom has moved a step closer to becoming the first country to approve a new type of in vitro fertilization that creates babies with DNA from three parents. By transferring the nuclear DNA from the sperm and egg of prospective parents into an enucleated egg donated by a person with healthy mitochondria, the procedures could prevent mothers from passing mitochondrial diseases onto their children.

After a public consultation revealed broad support for the technique, the UK’s Department of Health last week (June 27) announced that draft regulation for fertility clinics wishing to perform the procedure will be ready by this fall. Parliament will then vote on the guidelines at some point next year.

Opponents of the plans are concerned that the move sets the UK on a slippery slope toward designer babies and other forms of genetic modification of humans. But while acknowledging the existence of...

Mitochondria, the tiny energy generators inside cells, contain their own little bit of DNA, which is separate to the genetic material held in the nucleus. Mutations in mitochondrial DNA (mtDNA) cause various disorders affecting energy-hungry organs, and these mitochondrial diseases are passed from mother to child because an embryo’s mtDNA comes from the egg rather than the sperm. One in every 6,500 people is born with a mitochondrial disease.

Mitochondrial transfer procedures safely prevent disease inheritance in animals, but have not yet been tested in humans. If the UK Parliament approves the guidelines, that could start to happen in 2014. “It will of course be a brave decision for the first families . . . to decide to go ahead once the regulations are approved by parliament, but more often than not, progress requires some element of bravery,” Robin Lovell-Badge, a geneticist at the National Institute for Medical Research in London, told The Guardian.

“This will give women who carry these diseased genes more reproductive choice and the opportunity to have children free of mitochondrial disease,” Doug Turnbull, leader of University of Newcastle team that is pioneering the procedure, told The Guardian.