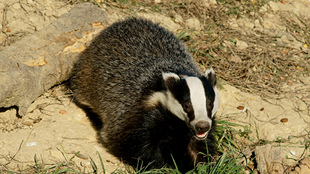 Amid protests, pilot badger culls began yesterday (August 26) in two British counties. The culls are meant to reduce cases of bovine tuberculosis (TB), which infected badgers are known to spread among cattle.

“We cannot go on culling tens of thousands of cattle every year because of TB while knowing the disease exists in wildlife uncontrolled,” Peter Kendall, president of the British National Farmers Union, wrote in a letter to members.

Last year, UK farmers put down 37,000 cattle because of bovine TB, The Guardian reported. As part of the current pilot badger culls, marksmen will kill up to 5,000 badgers in Gloucestershire and Somerset counties. “We are working on new badger and cattle vaccines but they are years away from being ready and we cannot afford to wait while TB gets worse,” environment secretary Owen Paterson told reporters.

Groups against the culls this week held vigils...

A decade-long trial that took place in the country indeed initially showed that culling badgers reduced the transmission of TB to cattle in the immediate area, but more cases of the disease were reported around the periphery of the cull area, according to New Scientist. Still, some have interpreted subsequent data collected in the area as indicating that killing badgers could ultimately be effective.

A Department for Environment, Food and Rural Affairs spokesperson told New Scientist that while scientific evidence justified the current cull, “It will take a number of years to find out if culling prevents the spread of disease.”