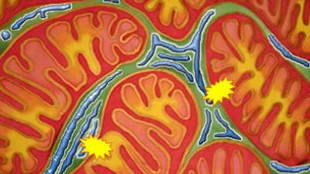 The United Kingdom has taken a step towards allowing mitochondrial replacement during in vitro fertilization. Today the Human Fertilization and Embryology Authority (HFEA)—the group in charge of regulating use of embryos and gametes in the country—announced the results of a year of discussion about the therapy, which could prevent children from being born with mitochondrial disease.

“We’ve found that there is broad support for permitting mitochondria replacement, to give families at risk of mitochondrial disease the chance of having a healthy child,” HFEA chair Lisa Jardine said in a statement.

The procedure works by moving the nucleus of an egg or of an embryo from a woman with mutations in her mitochondrial DNA to the cytoplasm of an egg or embryo with healthy mitochondria. The procedure has been tested in animals and in human cells, Nature reported, but it is not ready for use in...

About 1 in 5,000 women have mitochondrial mutations that could lead to disease, including potentially fatal disorders that affect the muscles and the brain. They are passed down from mothers to their children because mitochondria are maternally inherited.

Last year, the UK government asked the HFEA to review the procedure. Following today’s briefing, the Health Department now will decide whether to propose a legal change to Parliament, which would have to pass a new law, ScienceInsider reported.