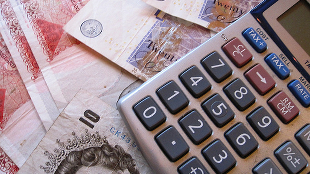 FLICKR, IMAGES_OF_MONEYThe man in charge of Britain’s purse strings has tried to assure researchers that science budgets will be protected in an upcoming review of government spending, but many remain fearful over potential funding cuts, reported Nature.

Chancellor of the exchequer George Osborne is due to set out the next comprehensive spending review (CSR), in which he is expected to make budget cuts to most government departments, on June 26. Speaking yesterday (June 12) at the “topping out” ceremony at the new £650 million (US $1.1 billion) Francis Crick Institute in London, Osborne told reporters that science is a “personal priority.” He added, “You can read between the lines that I’m going to do everything I can to make sure Britain has a bright scientific future.”

Nevertheless, according to Nature, some policy analysts are concerned about the fate of the ring fence erected in the last CRS,...

Indeed, it is rumored that the Medical Research Council (MRC), a key supporter of medical research, will be moved from the government department in charge of the UK science budget to the department of health, where it will be vulnerable to cuts. Osborne did not comment on the rumors, but said “the absolutely crucial thing is we fund basic scientific research—including basic scientific research in medicine—and I’m not prepared to do anything that puts that at risk.”