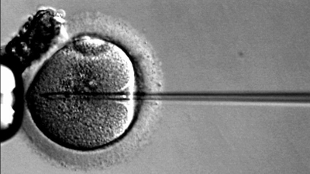 WIKIMEDIA, MICHIEL1972The UK government today (February 3) voted 382 to 128 in favor of allowing mitochondrial donation for the purposes of producing embryos using genetic material from three different parents. Such mitochondrial replacement techniques would allow women with mitochondrial disease to increase the chances of bearing healthy children through in vitro fertilization (IVF).

“This is really good news—it’s a triumph of common sense really,” Alastair Kent, director of the national charity Genetic Alliance UK, told The Verge. “It’s one of those occasions when creating a regulatory framework that allows for the appliance of science for the benefit of people who live in insurmountable circumstances has made a real difference.”

Last June, the U.K.’s Human Fertilization and Embryology Authority (HFEA) released a report stating that the techniques are “not unsafe,” and HFEA panel member Robin Lovell-Badge, a researcher with the Medical Research Council (MRC), estimated that, given the...

Now, just eight months later, Parliament has taken the first step toward approving the techniques, making Britain the first country in the world to do so. The House of Lords will now consider the new regulations, which are expected to be passed, The Guardian reported.