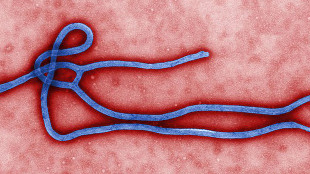 CDC PUBLIC HEALTH IMAGE LIBRARYIn the last week alone, 400 people died from Ebola infection, Reuters reported, suggesting the ongoing outbreak, which has to date killed 1,900, is accelerating. To curb the spread of the fatal virus will likely take $600 million, United Nations (UN) officials have announced. In a joint appeal for additional action with Doctors Without Borders, the UN has called for countries to send military and biohazard experts to West Africa. Jan Eliasson, UN deputy secretary general, said at a meeting of the General Assembly this week that the outbreak was “a test to international solidarity,” according to The New York Times. Joanne Liu of Doctors Without Borders said this week it was “impossible to keep up with the sheer number of infected people pouring into our facilities,” according to BBC News. “Six months into the worst Ebola epidemic in history, the world...

While Guinea, Libera, and Sierra Leone have been the three hardest-hit countries, Nigeria and Senegal have also confirmed cases of Ebola. Last week, officials confirmed additional cases of Ebola infection in the Democratic Republic of Congo, although those were deemed unrelated to the growing epidemic in West Africa, the World Health Organization (WHO) reported.

Yesterday (September 3), the WHO issued a preliminary assessment of newly reported infections in Port Harcourt, Nigeria’s oil hub. “The case history of the index case in Port Harcourt is important, as it reveals multiple high-risk opportunities for transmission of the virus to others,” the organization said, noting that this person had “numerous contacts with the community” there before and while he was in the hospital. He died six says after being hospitalized. According to the WHO, “given these multiple high-risk exposure opportunities, the outbreak of Ebola virus disease in Port Harcourt has the potential to grow larger and spread faster than the one in Lagos.”

US Centers for Disease Control and Prevention (CDC) Director Thomas Frieden, who this week returned from a visit to West Africa, told reporters on Tuesday (September 2) that the “window of opportunity to stop Ebola from spreading widely throughout Africa and becoming a global threat for years to come is closing, but it is not yet closed.”

“I wish every world leader could see what I have seen,” Frieden added in a statement. “Stopping this outbreak is more than any one nation can do.”