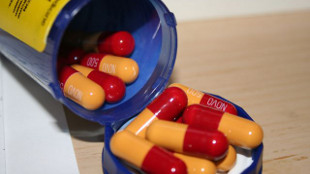 Wikimedia, BmramonIn an about-face on the issue of candor, the pharmaceutical giant Glaxo­SmithKline (GSK) will systematically begin making its vast archives of clinical trial data available to researchers, the company announced last week (October 11). But the data won’t be completely accessible: GSK will still control access by assembling a panel, charged with reviewing and granting requests to view the data, to “ensure that this information will be used for valid scientific endeavor.”

In the announcement, the company—which once sided with the rest of the pharmaceutical sector by keeping all such unpublished data under lock and key —explained the philosophical flip by stating that a data release will “enable additional scientific inquiry and analyses to further scientific knowledge and help bring benefit to patients.” The decision comes in the wake of several trial-related scandals by big pharmaceutical companies over the past decade, including one earlier this year in which...

The new access has some GSK researchers and academic scientists hopeful of greater transparency and collaboration in the future. “The move by GSK is a great public step forward,” medical professor Joseph Ross of Yale School of Medicine in New Haven, Connecticut, told Nature. But others are wary of the restrictions and hesitant to laud GSK until it’s clear how accessible and detailed the released data will be.

“Let’s wait and see,” Kay Dickersin, director of the Center for Clinical Trials at the Johns Hopkins University told Nature. Dickersin warned that the real value of such a reveal would be determined by the details of the data sets, including the patient-level information, the trial design, and analysis explanation—aspects GSK has not explicitly stated will be available.

Still, the announcement is a step closer to a more transparent and collaborative pharmaceutical industry, which will see a bigger leap next year as the European Medicines Agency will begin making the clinical trial data sets it reviews available to the public. The US Food and Drug Administration, meanwhile, still views clinical trial data as confidential.