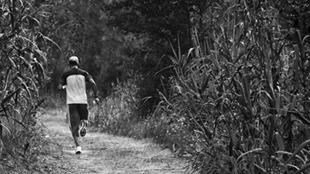 FLICKR, ADRIÀ ARISTE SANTECRUEven though scientists know that exercise can improve health, their understanding of the specific ways in which running or jumping rope affects the body remains incomplete. Now, researchers have found that muscle cells that are forced to express the peroxisome proliferator-activated receptor-gamma coactivator-1α (PGC-1α)—a protein that is turned on during exercise—release a molecule called β-Aminoisobutyric Acid (BAIBA). They also found that BAIBA promoted the differentiation of white fat cells to brown fat cells, which are more suited to burn fat, and the breakdown of fat in the liver. The work was published yesterday (January 7) in Cell Metabolism.

BAIBA is not the only molecule that has been shown to be released in response to PGC-1α expression. The release of irisin—a polypeptide hormone—has also been shown to prompt the expression of brown fat–related genes in white adipocytes. “It’s no surprise that other factors could be found here,” Christopher Newgard of Duke University Medical Center in Durham, North Carolina, who was not involved in the study, told ScienceNOW. “This paper is noteworthy, and this factor deserves further attention,” he added.

Though Gerszten is hopeful that BAIBA could have therapeutic potential, he told ScienceNOW that it is still too soon to know how effective it might be. “We are going to study it extensively in animals to see if there are any odd side effects we haven’t picked up,” he said.