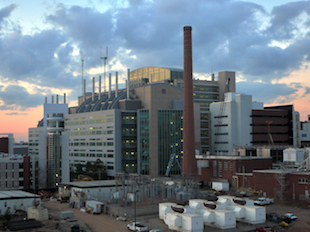 The Centers for Disease Control and Prevention headquarters in Druid Hills, GeorgiaWIKIMEDIA, NRBELEXEarlier this month, The Washington Post reported on the first Zika-related death in the continental U.S., an elderly man in Utah who had an underlying health condition and traveled to a region affected by Zika virus earlier this year. Today (July 18), the US Centers for Disease Control and Prevention (CDC) announced its investigation of the case of a relative of the deceased Utah patient, who apparently contracted the virus while caring for the elderly man. The second patient had not recently traveled out of the country nor contracted the virus sexually, STAT News reported.

“The new case in Utah is a surprise, showing that we still have more to learn about Zika,” CDC medical epidemiologist Erin Staples said in a statement. “Fortunately, the patient recovered quickly, and from what we have seen with more...

The elderly man had 100,000 times the normal levels of virus in his blood near the time of his death, according to the CDC. It’s not yet clear whether the high viral load was the result of a depressed immune system or whether severe viral infection caused the man’s death, health officials said during a news briefing today (July 18). As in many cases of Zika infection, the second patient suffered only mild symptoms and has recovered, the officials added.

Investigators plan to conduct additional interviews and testing of family members and health care workers who may have come into contact with the deceased man. They also plant o trap mosquitoes in Utah to determine whether there’s any risk of the virus spreading locally, according to the CDC.

While Zika is most commonly transmitted by the bite of Aedes aegypti or A. albopictus mosquitoes, it can also be passed from pregnant mothers to their fetuses and via sexual transmission. The virus has so far been detected in blood, urine, saliva, semen, and vaginal fluid.