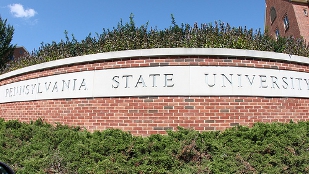 A number of universities across the country have decided to do away with licensing fees it charged industry companies, citing the fact that the deals don’t provide much payoff to the schools. Both Pennsylvania State University and the University of Minnesota-Twin Cities are withdrawing the requirement, in the hopes that it will attract more industry funding, which it deems more beneficial to the faculty and students.

The decision is also expected to greatly simplify intellectual property policies, which are often extremely time and resource consuming for universities.  To date, many universities have written up agreements for any innovations produced by industry collaborations in the hope that one would become a blockbuster.  Most, however, went nowhere, making it increasingly difficult to justify the expense.  With the new change, the University of Minnesota-Twin Cities will only negotiate licenses on innovations deemed highly probable to succeed by the company, reported The...

With more than $100 million in research dollars coming from industry, Pennsylvania State University is already ranked fourth among US universities in terms of how much of its research money is derived from pharma. Officials expect that number to increase as the new rule attracts new partnerships with companies who had previously shied away because of the onerous licensing agreements.