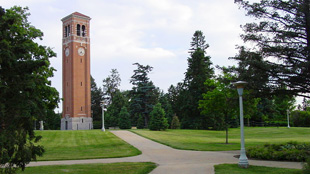 In an effort to save money, the University of Northern Iowa announced that it will close down its 120-year-old natural history museum and its Laboratory School, a K thru 12 center for training teachers and conducting education research, as well as other university programs and services. The plan, proposed last week by University President Ben Allen, has already met with opposition from students, faculty, and the public, but it has received the support of Republican leaders of Iowa’s House of Representatives, the Associated Press reported.

It is estimated that shuttering the museum, which was founded in 1892, will save the university $200,000 annually as well as a costly, yet much needed renovation of the building housing the museum. Some of the approximately 110,000 objects in the museum’s collection will be relocated to other buildings in the university and local...

Closing down the Laboratory School is expected to save the university $2 million a year in addition to $30 million in renovation costs, The Chronicle reported.

The proposed cuts are currently being reviewed by the Iowa Board of Regents.