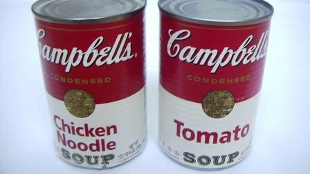 In 2010, Canada added Bisphenol A (BPA), a chemical that has been linked to heart disease, certain cancers, and other health problems, to its list of toxic substances, and Canada, the European Union and 11 US states have banned the chemical in baby bottles. But BPA will not yet be banned from US canned products, the US Food and Drug Administration (FDA) announced on Friday (March 30).

Research suggests that BPA causes a variety of human health effects by mimicking estrogen, and thus affecting aspects of development and normal physiological functioning. Industry groups, however, argue that the studies are not powered with appropriate controls and sample sizes, and that solid evidence linking BPA to these illnesses was lacking. But Campbell’s Soup, at least, announced it would be phasing out BPA from its products.

The current FDA decision was prompted by a lawsuit filed last August by...

While the decision is expected to meet some opposition, “my opinion is that it is prudent,” Scott Belcher, an endocrine-disruptor expert at the University of Cincinnati in Ohio, told Nature. “There are still a lot of data coming out.”