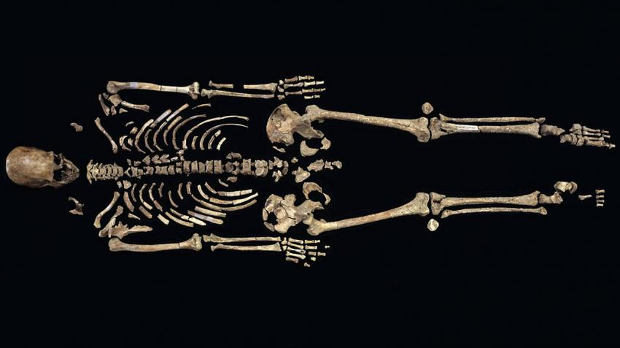 IMAGE: CHIP CLARK/SMITHSONIAN INSTITUTIONLast year, an international team used ancient DNA technology to determine that the 8,500-year-old “Kennewick Man” skeleton was Native American. Researchers at the University of Chicago independently verified the finding earlier this month. And now, the US government has made it official: the Army Corp of Engineers, after reviewing the data on Kennewick Man, has declared that the remains—which it currently owns—are in fact of Native American origin. “I find that there is substantial evidence to determine that Kennewick Man is related to modern Native Americans from the United States,” Army Brigadier General Scott Spellmon, commander of the Army Corps’ Northwestern Division, said in a report released this week (April 26).

The official statement paves the way for Native American tribes to reclaim and bury the remains, which scientists discovered on Army Corp land along the Columbia River in Washington in 1996. Since their unearthing,...

But because the Army Corp has acknowledged the Native American provenance of the Kennewick Man skeleton, it means that the remains now fall under the jurisdiction of the Native American Graves Protection and Repatriation Act, a framework for returning such items to their rightful owners, Native American tribes. The trouble with Kennewick Man, however, is that no one is sure exactly which tribe he belonged to. Several Northwestern tribes—including the Colville, Yakama, Umatilla, Nez Perce, and Wanapum—have staked claims to the bones in the past. “We’re looking through our options and discussing it with the other tribes involved to determine how best to get repatriation done,” Chuck Sams, a spokesperson for the Confederated Tribes of the Umatilla Indian Reservation, told The Christian Science Monitor.

Michael Coffey, a spokesperson for the Army Corps in Portland, Oregon, told The Washington Post that determining which tribe would get Kennewick Man could be a lengthy process. “We still have a lot of work to do,” she said.

Coffey added that February 2017 would be the earliest time at which specific cultural ties to the remains would be confirmed to the level that that is required for repatriation.

For now, Kennewick Man will remain at the Burke Museum in Seattle and under the Army Corps’ ownership. “At present, there has been no decision to transfer the remains,” Spellmon said in the statement.