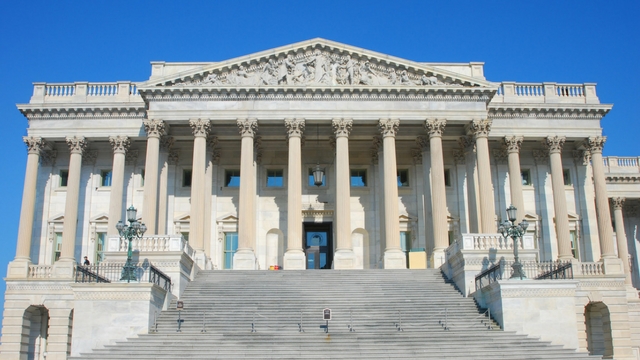 Update (July 20): This week (July 18), a US Senate Appropriations Subcommittee on energy and water voted to increase spending for the Department of Energy’s (DOE’s) Advanced Research Projects Agency-Energy (ARPA-E) by 8 percent, reports Science. On July 12, however, the House of Representatives Committee on Appropriations voted to cut the agency altogether in its version of the bill.

Notably, the Senate spending bill adds an additional 3 percent to the DOE’s Office of Science, $158 million more than the House bill had outlined for the DOE’s research arm.

As Science reports, House and Senate appropriators “are headed to a showdown.”

“The herculean efforts displayed were done in direct opposition to the president’s draconian budget request,” remarked Representative Sanford Bishop (D-GA) during yesterday’s proceedings. “Therefore, I’m not only pleased but I’m proud that we as a subcommittee are able to reject so much of it.”

The energy and water bill, which was also passed by voice vote, retained funding for the DOE Office of Science consistent with last year’s budget at roughly $5.4 billion, “keep[ing] our national laboratories and America’s researchers at the forefront of global scientific discovery,” Representative Mike Simpson (R-ID) told the committee.

Representative Marcy Kaptur (D-OH) said that more or less, the bill is in line with current levels, although it adds about $1 billion dollars to defense and nuclear weapons funds, while docking non-defense spending by about $1.2 billion.

A Science News report anticipated that panel members would attempt to reestablish funds for the Advanced Research Projects Agency-Energy (ARPA-E), which would be cut.

Representative Barbara Lee (D-CA) proposed an amendment that would restore funding for the ARPA-E, but subsequently withdrew it. According to Lee, the ARPA-E “advances high potential, high impact energy technologies that are too early for private sector investment.” Despite the outcome of the vote, Simpson stressed to the committee that the DOE should not make moves toward shutting down the ARPA-E until Congress directs it to do so.

Renewable energy initiatives would still see cuts, as Science reports, but these would be less drastic compared with what Trump has outlined in his 2018 budget. DOE’s renewables programs would be slashed by 46 percent if the House version succeeds, but it would nevertheless be a $468 million boost from what Trump’s budget aims for.

In the same vein, energy programs under the DOE would receive $2.3 billion more and the DOE’s Office of Science would get a $919 million bump compared with what the President has delineated. Under the House proposals, these programs would still be cut by $1.7 billion compared with this year, while funds allotted for the DOE’s science office would match this year’s budget, reports Science.

According to E&E News, nuclear weapons programs would see an approximate $1 billion increase compared with this year, while according to The Hill, fossil fuel research programs would receive $635 million, $355 million more than what the Trump administration intends.

According to a news release from the House, USDA’s research programs would receive $2.8 billion total, ultimately cutting academic research funds, but less drastically than the President has proposed, Science reports.