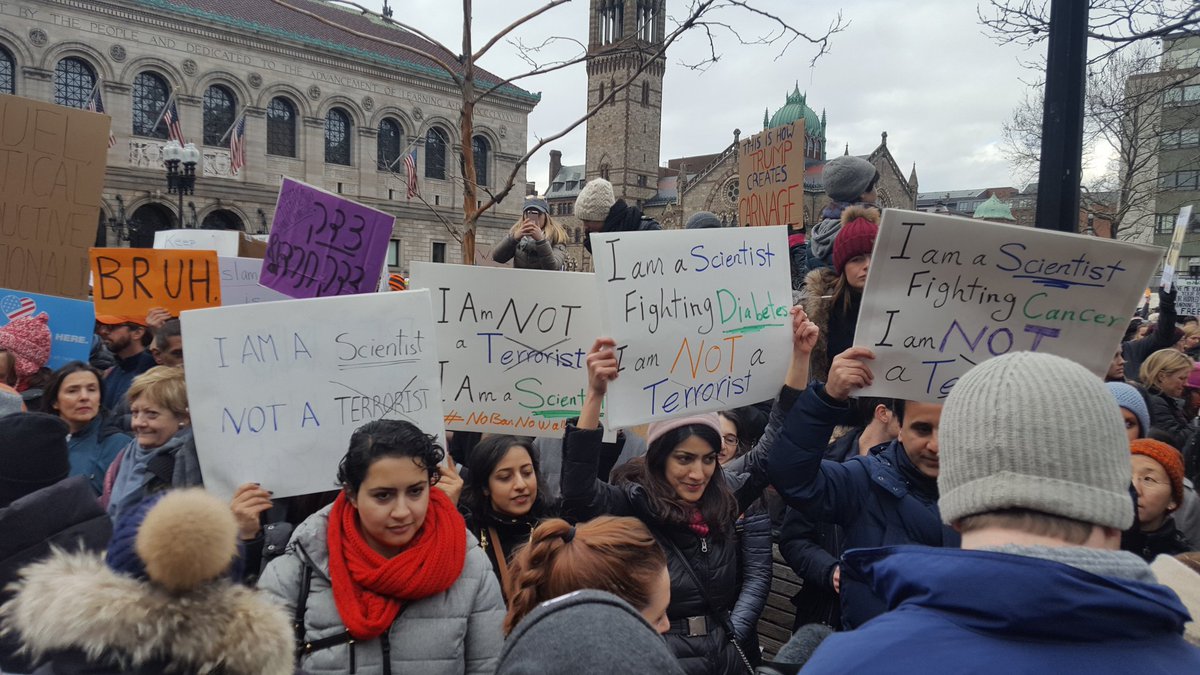 TWITTER, @JUSTINQTAYLORInternational collaboration is a bedrock of modern science, so President Donald Trump’s signing last week of an executive order that barred refugees and some visitors from seven countries from entering the U.S. garnered a strong response from the communities that rely on open borders to conduct research.

“Our borders are a creation of human beings, but dust, pollution, wind, heat, ocean energies and flows—they don’t pay any attention to international boundaries. These things have an enormous impact on us and we have to study these things with a global perspective,” Matthew Scott, president of the Carnegie Institution, told The Washington Post. “Any infringement, especially an entirely unnecessary one, on the free flow of brilliant people . . . is shooting ourselves in the foot.”

Hours after the ban went into effect, Suha Abushamma, a first-year resident at the Cleveland Clinic, was diverted back to Saudi Arabia because her passport is from Sudan, STAT News reported. The Cleveland Clinic issued a statement expressing its commitment to bring Abushamma back to the U.S.

Pharma companies were mostly silent after the ban was issued, but some CEOs took to Twitter, Fierce Pharma reported. “Oppose any policy that puts limitations on our ability to attract the best & diverse talent,” tweeted Allergan CEO Brent Saunders.

“We are one of many companies made up of a large percentage of immigrant staff, highly talented and trained,” Xencor CEO Bassil Dahiyat told Fierce Pharma. “We cease to function without immigrants, period. Some now cannot leave the country for fear of being shut out.”

At least 70 universities have already released public statements condemning the ban and its effects on academia, according to the Association for Public & Land-Grant Universities (APLU). “Public research universities are deeply concerned about the administration’s new policy preventing visa and green card holders of seven countries from returning to the United States for 90 days,” the APLU wrote. “The most recent figures show that more than 17,000 students from the seven countries that this ban targets studied at US universities during the 2015-16 school year.”

Samuel Stanley, Jr., president of Stony Brook University in New York, told The New York Times he is concerned that the ban could “[hamper] our ability to recruit graduate students.”

Souyma Raychaudhuri, a Harvard Medical School professor, echoed this sentiment. “Immigration into the United States is tremendously important to science,” she told The New York Times. “There are other countries competing for this talent pool, and walking away from that jeopardizes our standing.”