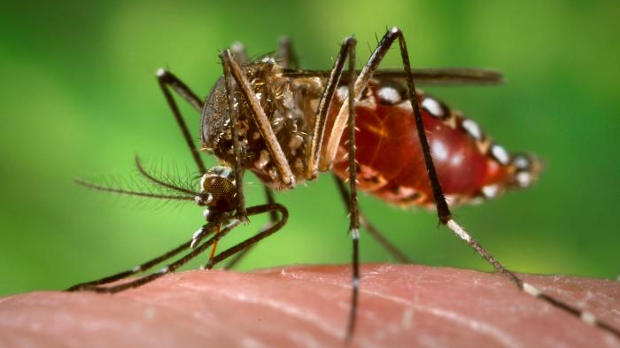 A female Aedes aegypti mosquito in the process of obtaining a blood mealWIKIMEDIA, JAMES GATHANYThe mosquito species that transmits Zika virus, which has raced through South and Central America over the past couple of years, is coming to the U.S. this summer. But Aedes aegypti may spread even further than researchers—who published a study earlier this month detailing the northward march—had previously suspected. The US Centers for Disease Control and Prevention (CDC) has now updated its estimate, saying Ae. aegypti will likely make it as far north as Ohio and New Jersey and as far west as California. This means that the country could see an uptick in cases—and its first instances of insect-borne transmission—of Zika, which recent research has linked to birth defects such as microcephaly.

“The mosquito season is coming. So when May, June, July, August happen mosquitoes are going to start to thrive, and we’re...

CDC Director Tom Frieden agreed. “There are more places at risk than realize they're at risk, given where the mosquito is likely to be present,” he told the Associated Press.

Although no cases of Zika transmission occurring within the continental U.S. have yet been reported, the enhanced northern spread of Ae. aegypti and Ae. albopticus—which is also suspected to carry Zika—will likely be driven by a warmer than normal summer.