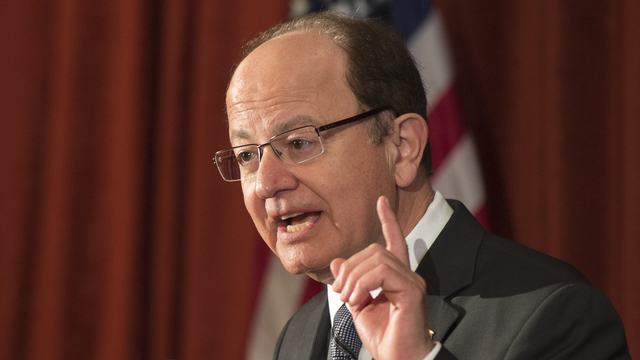 C.L. Max NikiasFLICKR, DANIEL HINTON FOR DEPARTMENT OF DEFENSEFollowing a backlash over alleged sexual misconduct by a gynecologist at the school health center, C.L. Max Nikias, president of the University of Southern California (USC), stepped down late last week (May 25).

“We have heard the message that something is broken and that urgent and profound actions are needed,” Rick Caruso, a member of the USC Board of Trustees, says in a statement.

Nikias has been in office since 2010, leading the Los Angeles-based university through a period of enormous growth as it benefitted from a $6 billion donation. However, over the past few years, a series of scandals have gripped the establishment. The university’s response to the allegations against George Tyndall, the campus gynecologist for nearly 30 years, was the final nail in the coffin for Nikias’s tenure, according to The New York Times.

“We’re at a real crossroads for the university and this is the first step in starting over,” Ariela Gross, a law professor who led the faculty effort, tells The New York Times.