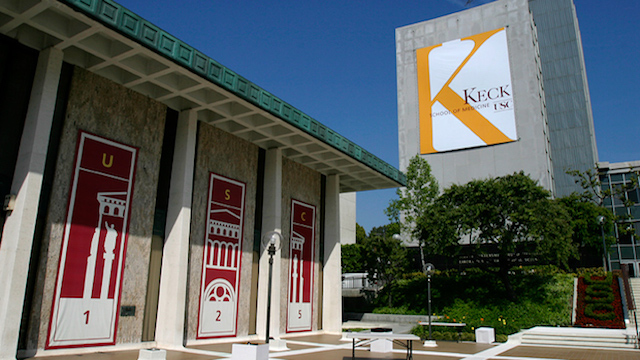 FLICKR, AARON LOGANDuring his tenure as dean of the Keck School of Medicine at the University of Southern California (USC), Carmen Puliafito was a respected eye surgeon and professor as well as a highly successful fundraiser. He regularly attended national conventions and training seminars, and coauthored more than 60 journal articles. But he also had other pastimes.

Last Monday (July 17), an investigation by the Los Angeles Times revealed that the doctor led a double life, keeping the company of criminals at drug-fueled parties where he took methamphetamine and other illicit substances. The report described details of photos and videos of Puliafito taking drugs and partying with much younger acquaintances in hotels rooms, cars, and the dean’s office at USC.

In March 2016, Puliafito was present in a hotel room where a 21-year-old woman overdosed on the date-rape drug, gamma-hydroxybutyrate. According to the Times, an anonymous witness phoned...

Puliafito resigned his position as dean a week and a half later, but stayed on as USC faculty. Mark Borchert, a professor at the medical school and practicing eye doctor, tells USA TODAY College that that he and many others at Keck were “surprised” when Puliafito resigned. “His behavior showed that he had many activities he wanted to accomplish over the next few years, so it was out of the blue,” Borchert adds.

Last Friday (July 21), USC Provost Michael Quick announced in a letter to the faculty that the university had initiated the process of firing Puliafito and banned him from campus. “Today, we were provided access to information of egregious behavior on the part of the former dean concerning substance abuse with people who aren’t affiliated with USC,” Quick wrote. “This was the first time we saw such information first hand.”

The school also hired Debra Wong Yang, a partner at Gibson, Dunn & Crutcher and former U.S. Attorney for the Central District of California, to conduct an investigation into the former dean’s behavior and USC’s response. According to the Times, Yang represented USC in 2012 when it faced a wrongful death lawsuit after two graduate students were murdered off campus.