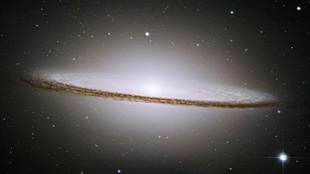 For decades, physicists have been puzzled by the mystery of the universe’s missing mass. Known as dark matter, this mysterious stuff is thought to be at least five times more abundant than normal matter, and its gravitational pull is believed to shape galaxies and the visible universe itself. However, because dark matter particles don’t absorb or emit light, or even interact with normal matter, definitively proving its existence has been an astronomical challenge.

Enter genetics luminary George Church of Harvard University, who, along with dark matter expert at the University of Michigan in Ann Arbor, Katherine Freese, and others, believes he can use DNA to answer this Nobel-Prize-worthy question.

This motley team of biologists and physicists are currently working on building a dark matter detector made up of many single DNA strands—as long as 10,000 bases each—hanging from thin sheets...