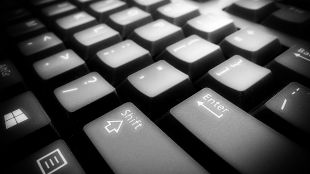 PIXABAY, SONELLast year, it was Michael Mann and “Climategate.” Now it’s Kevin Folta and genetically modified organisms (GMOs). In both cases, journalists or activists are using federal law to peek at professors’ emails, stirring the debate about transparency in academia.

The latest saga began earlier this year when a nonprofit organization called US Right to Know requested—and received—Folta’s correspondence with agricultural giant Monsanto through the Freedom of Information Act (FOIA), which allows for public release of documents from federal agencies. Folta studies fruit crop genomics, and the emails revealed that Monsanto had provided funds for Folta’s public communication outreach project.

“This is a great 3rd-party approach to developing the advocacy that we’re looking to develop,” Michael Lohuis, the director of crop biometrics at Monsanto, wrote in a 2014 email to Folta, The New York Times—which also requested the correspondence—reported last week.

The Union of Concerned Scientists has decried such requests for correspondence as an abuse of the law. “As our 2015 report ‘Freedom to Bully’ shows, open records requests are increasingly being used to harass and intimidate scientists and other academic researchers, or to disrupt and delay their work.” One concern is that people who obtain email correspondence could select scientists’ statements and use them out of context. On Twitter, for instance, Folta called the New York Times’s article a “cherry-picking fest.”

Others, particularly those outside scientific academia, disagree. In a PLOS Biologue essay published last month (August 13), journalists Paul Thacker and Charles Seife wrote that open records laws are important for rooting out scientific misconduct (their essay was subsequently retracted, but the authors still stand behind it). “So long as scientists receive government money, they are subject to government oversight; so long as their work affects the public, journalists and other watchdogs are simply doing their jobs when they seek out possible misconduct and questionable practices that could threaten the public interest,” Thacker and Seife wrote.

“Dialogue over GM foods is highly polarizing and emotional, making rational evaluation of the current situation extremely challenging,” Alan Levinovitz, a Chinese philosophy and religion professor at James Madison University, wrote in Wired in February. “At this point, it is essential that scientists, academics, and policy-makers unconnected with the agri-chemical industry examine the relevant information—all of which is available online—and state their conclusions clearly and publicly. The status of the debate over GMOs, and nothing less than the future of academic freedom, depends on what they have to say.”