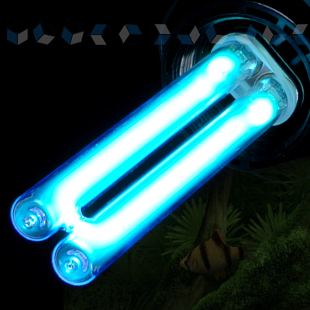 WIKIMEDIA, FRANCIS E. WILLIAMSAlthough ultraviolet (UV) light successfully kills some microbes without introducing harmful chemicals to drinking water, it may not completely disinfect. Instead of killing all bacteria, the water-purification treatment may simply drive some into dormancy, leaving a chance that harmful microbes are revived later on, according to a study published this month (January 13) in Environmental Science & Technology.

UV treatment damages bacterial DNA, blocking replication, but it doesn’t disrupt the cell membrane, as other purification techniques such as chlorination do. In the U.S. and Canada, water treatment facilities first disinfect with chlorination and then use UV light as a secondary measure, but many small-scale facilities elsewhere in the world use only the UV treatment.

To explore the risk of treating water only with UV, environmental engineer Xin Yu of the Chinese Academy of Sciences’s Institute of Urban Environment and his colleagues exposed Escherichia coli and...

Most strikingly, when UV-treated bacteria were diluted to less than 0.1 colony-forming unit (CFU)/milliliter (mL)—well below the common safety threshold of 100 CFU/mL—the bacteria were able to generate new growth within 24 hours in a nutrient-rich medium at 37 °C, the temperature of the human body. E. coli showed regrowth regardless of the level of UV treatment, while P. aeruginosa were only able to restart after exposure to low levels of UV.

“The occurrence of a viable but nonculturable state in bacteria may dramatically underestimate the health risks associated with drinking water,” Yu and his colleagues wrote in their paper. “These results systematically revealed the potential health risks of UV disinfection and strongly suggest a combined disinfection strategy.”