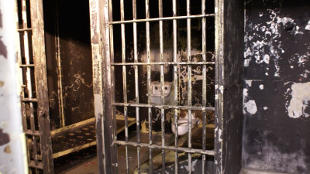 A former Iowa State University (ISU) scientist who pled guilty to felony counts of research misconduct earlier this year for adding human antibodies to blood from rabbits to make an HIV vaccine appear more effective is going to jail. Dong-Pyou Han, who was forced to resign from ISU in 2013 after the fraud was discovered, will serve 57 months in prison and will have to repay the $7.2 million National Institutes of Health (NIH) grant that funded the research, according to The Des Moines Register.

“I deeply regret any and all misconduct,” Han said in the Iowa courtroom where he was sentenced last week (July 1). “I meant no harm to anyone.”

Such stiff penalties are rare in cases of scientific misconduct. Guilty parties are usually subject to fines and prohibitions from receiving further federal research funding, but there have been a handful of instances where...

Han’s misconduct attracted attention last year when Senator Charles Grassley (R-IA) and U.S. attorney’s office in Des Moines took the case to a grand jury in June. Han resigned from ISU in 2013, after the fraud was uncovered.

David Wright, a former director of the Office of Research Integrity (ORI)—which investigates cases of research misconduct among NIH grantees—told Nature that the wider benefits of Han’s punishment are unclear. “It’s questionable how much more is to be gained by jail time,” he said, adding that the penalties normally meted out by ORI—especially being barred from receiving federal funding—are usually sufficient to ruin a fraudulent researcher’s career.

U.S. District Judge James Gritzner, who presided over Han’s sentencing, mentioned that Han would likely be deported to his native South Korea after serving his jail time in the U.S., according to The Des Moines Register.

Update (January 14, 2016): The US Court of Appeals for the Eighth Circuit has denied an appeal filed last year by Dong-Pyou Han’s attorney, according to Retraction Watch. In its decision, filed this week (January 11), the court wrote that Han’s 57-month sentence “was not substantively unreasonable.”