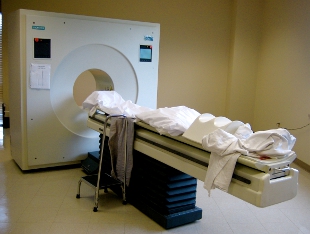 WIKIMEDIA, JACOPO WERTHERSome brain injuries can leave patients awake but unresponsive with little hope of regaining consciousness. But the gold standard of bedside evaluations, including shining light in the person’s eyes among other tests, may miss some subtle brain activity in patients in vegetative states—those thought to have little to no chance of ever recovering. According to a study published this week (April 16) in The Lancet, positron emission tomography (PET) scans can help clinicians detect with greater certainty these faint hints of consciousness even in patients thought to be hopelessly vegetative.

“I think these patients are kind of neglected by both medicine and society,” Steven Laureys, senior of the study and the director of the Coma Science Group at the University of Liège in Belgium, told The New York Times. “Many of them don’t even see a medical doctor or a specialist for years. So I...

Laureys and his colleagues compared the diagnostic ability of conventional bedside evaluations to both PET scans and to functional magnetic resonance imaging (fMRI) scans of 126 patients with severe brain injuries. Forty-one of the test subjects had been declared vegetative, four were conscious but behaviorally unresponsive—having so-called “locked-in syndrome”—and 81 were considered “minimally conscious,” which meant that they displayed intermittent signs of awareness and responsiveness. The latter category of patient typically has better chances of regaining consciousness than people in a vegetative state.

The researchers found that 74 percent of the diagnostic predictions based on PET scans matched outcomes one year later, while fMRI correctly predicted 56 percent of outcomes. PET scans outperformed fMRI, predicting a return to consciousness for 13 out of the 42 study subjects classified using bedside observations as unlikely to regain consciousness. Of those 13, nine actually recovered. “This is the first study comparing both techniques with the standard, although we need other groups to validate it in hundreds more patients before it gets incorporated into medical guidelines," Laureys told New Scientist.

PET scans may serve as important complementary diagnostic tools in patients determined to be in vegetative states. “This is a landmark study, and it’s an important way to start pushing on new ways of evaluation,” Weill Cornell Medical College neuroscientist Nicholas Schiff, who was not involved with the study, told New Scientist. “[PET scans are] grossly underutilized in looking at severe brain injury, and that’s because there’s been no data out there to make the case that what you find can be useful.”