Combining various imaging techniques, an interdisciplinary team of scientists in Europe have developed a way to visualize and quantify early embryogenesis in zebrafish, according to a study published this week in Science. "We want to turn all the verbal descriptions of biology into something that's going to be quantitative and formal," said embryologist and coauthor Nadine Peyriéras of the linkurl:National Centre for Scientific Research;http://www.cnrs.fr/ (CNRS) in France. "We've been largely unable so far to do that." The team used two imaging techniques that take advantage of the fact that signals are emitted when lasers interact with living tissues. One type of light emission, known as the third harmonic generation, provides information about the contours of the cell. The second harmonic generation, in contrast, provides information about mitotic spindles. Together, these two signals yielded a three dimensional view of developing zebrafish embryos, a model organism of vertebrate embryogenesis, allowing the researchers to measure cell size and shape and track cell lineage throughout the first 10 cell divisions. As the researchers watched the embryos grow from single cells into the 1,000-cell stage, they learned that early embryogenesis is not nearly as synchronous or predictable as was believed. "Asynchrony is the rule, and asymmetry is the rule," Peyriéras said. As early as the two-cell stage, "division is not synchronous, and cell volume is not the same either." These fluctuations result in a pattern of "pseudowaves," she said -- giving "the visual impression of the propagation of a wave."
THG imaging the zebrafish embryo from the one-cell stage
Courtesy of N. Olivier, et al.
Membrane dynamics and vesicular trafficking at the yolk blastoderm interface
Courtesy of N. Olivier, et al.
THG/SHG 4D imaging of the zebrafish embryo cleavage stages
Courtesy of N. Olivier, et al.
Conformal THG/SHG 4D imaging of the zebrafish embryo cleavage stages
Courtesy of N. Olivier, et al.
N. Olivier, et al., "Cell lineage reconstruction of early zebrafish embryos using label-free nonlinear microscopy," Science, 329:967-71, 2010.
**__Related stories:__***linkurl:Blood grows when it flows;http://www.the-scientist.com/blog/display/55690/
[13th May 2009 ]*linkurl:Tips for in vivo imaging;http://www.the-scientist.com/article/display/54800/
[July 2008]*linkurl:New tool sheds light on cell imaging;http://www.the-scientist.com/blog/display/55180/
[10th November 2008]
Related Articles 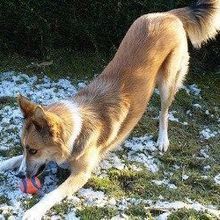 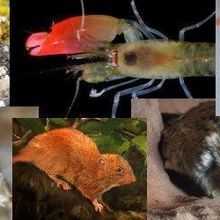