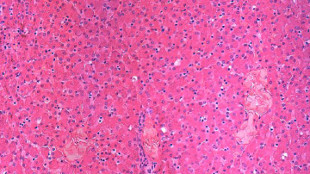 A genetic analysis of viruses carried by seals has provided the first evidence that a hepatitis A–like virus, which has so far only been found to infect primates, may have originated in a different host. The analysis, which appeared in mBio yesterday (August 25), describes a new virus, dubbed “phopivirus,” which is the closest known phylogenetic relative to the human hepatitis A virus and has tropism for liver.

“Our data suggest that hepatitis A and this new virus share a common ancestor, which means that a spillover event must have occurred at some point in the past,” study coauthor Simon Anthony, an epidemiologist at the Columbia University Mailman School of Public Health, said in a statement. “It raises the question of whether hepatitis A originated in animals, like many other viruses that are now adapted to...

Anthony and his colleagues initially identified the virus in three harbor seals that had died off the coast of New England from other causes, and then in six more harbor seals and one harp seal, Science News reported.

While the researchers did not find evidence that the virus harms the seals, whether it can remains unclear. In a statement, the researchers said that they may extend their search for phopivirus to coyotes—which feed on dead seals—and people who eat seal meat, as a part of an emerging infectious disease research program.