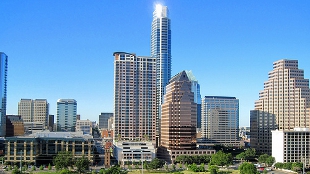 Andrew Wakefield, the gastroenterologist who reported a link between a vaccine and autism in a small group of children in 1998—work that has now been discredited and retracted—filed a defamation lawsuit in Austin, Texas, last week against the British Medical Journal (BMJ), and the authors of a series of reported articles questioning his research.

The articles, written by investigative journalist  Brian Deer and published in BMJ, accused Wakefield of misrepresenting his research and promoting a hypothesis that proved false and has subsequently put many children at risk of verifiable brain-damaging illness. In 2010, Wakefield was convicted of dishonesty and endangering the lives of children by the British General Council. He lost his license to practice medicine, had to retract several articles, and left his position at an Austin, Texas-based research clinical research institute where he had served as executive director.

A statement from BMJ and Deer in response to the reports of the lawsuit (they have not yet been served with legal papers), said that Wakefield is likely taking this claim to US courts, because were he to try to resubmit in the United Kingdom, he would be “vulnerable to being struck out as an abuse of process.”  However, he may not have an easy time in Texas either, which has a new and strong legal statute that puts the burden of proof on the individuals claiming libel, reported ScienceInsider.