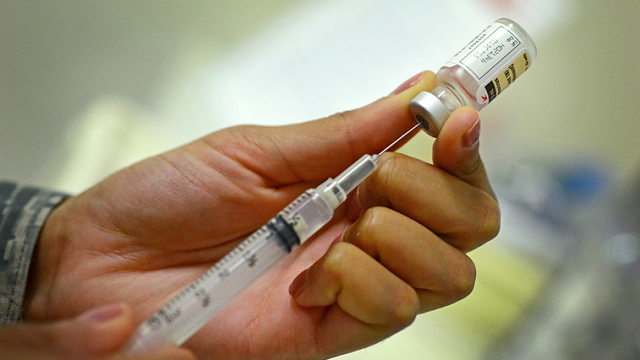 US AIR FORCE, MATTHEW LOTZThe number of mumps cases has been increasing across the United States, a phenomenon that some researchers have suggested is due to evolution of the mumps virus to escape vaccination. But a more likely explanation is that vaccine-based protection against mumps wanes over a person’s lifetime, according to researchers at Harvard University. The findings, published yesterday (March 21) in Science, indicate a potential role for booster vaccines in maintaining protection throughout adulthood.

Before the introduction of the mumps vaccine in 1967 in the U.S., more than 90 percent of children and adolescents came down with the infection. Although that percentage plummeted in the 1970s, the number...

To understand the fluctuations, the Harvard researchers studied epidemiological data from a handful of studies carried out in Europe and in the U.S. between 1967 and 2008. The pair found that immunity from vaccination seems to last an average of 27 years, with a range of 16 years to 51 years, and that without further vaccination, people eventually return to being vulnerable to the virus.

“The pattern we observed is a lot more consistent with what we would expect from a waning vaccine,” study coauthor Joseph Lewnard of Harvard’s T.H. Chan School of Public Health, tells CNN. He adds that this is “a reassuring message,” in that it could be relatively easily addressed with one or several booster vaccines at age 18 or older.

Vaccine expert Stanley Plotkin of VaxConsult in West Chester, Pennsylvania, tells Science that the findings don’t rule out a role for viral evolution altogether. “From my point of view, both factors are important,” he says.

Nevertheless, he adds that he is in favor of booster vaccines for young adults. “Something needs to be done,” he says. “The simplest thing, the thing we can do today, is to propose a third dose of MMR on entry to university colleges, which would help to prevent outbreaks from occurring.”