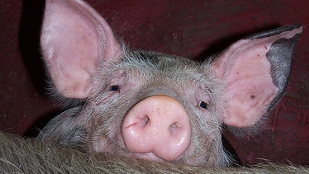 Influenza from people, poultry, camels and even whales is regularly monitored and sent to epidemiologists who track the latest permutations in the virus. Despite the fact that the 2009 influenza strain called swine flu spent years evolving in North American pig farms, very little data is collected on this species, reported Wired Science.

Although swine flu may have jumped to another species, such as chicken, before infecting humans, the lack of information on the viral evolution that took place in pigs first has made it difficult to understand which components of the virus made it so virulent.

Some pork farms do report data, although independent testing is rare. The largest world producer of pork, Smithfield Farms conducts flu tests on its herd, and reported no virus in 2009, despite being near the outbreak’s epicenter, according to Wired Science. While reporting has increased since 2009, large gaps...