Seven weeks into its Mars expedition, NASA’s Curiosity rover has identified clues that point to a watery past—rocks that, based on their size and shape, researchers think were eroded by water. The small pebbles, which are likely billions of years old, could be evidence of an ancient network of intertwining streams, the researchers said.

Satellite images of the planet have long suggested that such streams once existed. Channels resembling the stream beds of Earth hinted that some sort of liquid traversed Mars’ surface at some point in the ancient past. But the newly found rocks, sand and gravel pebbles of a larger structure called a conglomerate, are the first solid evidence for this idea.

The particular conglomerate that the Curiosity photographed, named Hottah by project scientists, was a 10- to 15-cm thick slab that stuck out of the ground at an angle. "This is the first time we're actually seeing...

Researchers are also eager to bring back samples to study the chemistry of the conglomerates, which could reveal details about the water, such as the pH. Though NASA recently pulled out of the European-led ExoMars program, which aims to bring back samples from the Red Planet [link to Obama feature], a US space agency panel this week (September 25) outlined other options for sampling the planet’s surface, ScienceInsider reported. The end goal is to determine whether Mars ever was—or maybe even still is—home to microbial life. 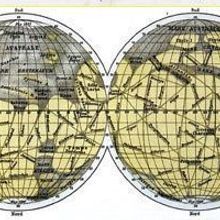