Restricting the caloric intake of lean mice, researchers observed “beiging” of the animals’ white adipose tissue. That is, more of the murine white fat cells were converted to metabolically superior brown fat cells. The team’s observations were published in Cell Metabolism this week (August 25).

“The paper nicely characterizes this phenomenon,” Ajay Chawla of the University of California, San Francisco, who was not involved in the work told The Scientist.

Early-life antibiotic therapy may increase a genetically predisposed individual’s risk of developing type 1 diabetes, according to a mouse study published in Nature Microbiology this week (August 22).

Following the identification of melatonin receptors in mammalian teeth, scientists sought to investigate the sleep-associated hormone’s effects on dental development in mice. The team’s results, published in PLOS ONE this month (August 5), point to the importance of a normal light/dark cycle for the developing fetuses of pregnant mice.

“If the mother’s circadian rhythms aren’t normal, it might affect her baby’s tooth development,” said study coauthor William Jia of the University of British Columbia, Canada.

How Zika Infects Mother and Baby
The virus replicates in the vaginal tissue of pregnant mice and in the brains of their fetuses, researchers show.

CDC: Zika Virus Spreading in Miami Beach
With new reports of mosquito-borne transmission, the US Centers for Disease Control and Prevention warns pregnant women to avoid the area. 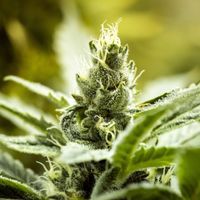