Will they or won’t they be getting a salary increase? That’s the question on the minds of many American postdoctoral researchers who are paid less than the amount ascribed by the US Department of Labor under the Fair Labor Standards Act. Effective December 1, all employees working 40 hours or more per week were set to either earn at least $47,476 per year or be paid for overtime worked. But a November 22 court injunction help up raises for postdocs at several institutions.

Following the injunction, some institutions made good on their pledges to raise postdoc pay, while others drafted new plans. “It’s very easy for postdocs to fall through the cracks,” Gary McDowell, executive director of the advocacy group Future of Research, told The Scientist.

While institutions are directed to maintain confidentiality, a scientist accused of research misconduct frequently finds his or her name leaked among colleagues or to the press. This can ruin a  scientist’s reputation even if he or she is not found guilty. “The adage ‘once accused, twice denied’ also applies to scientific misconduct proceedings,” wrote Paul S. Thaler, managing partner of the Washington, DC, office of Cohen Seglias Pallas Greenhall & Furman PC, who has represented scientists accused of misconduct.

Two groups recently reported on CRISPR-based, self-editing systems that can be used to track molecular events within cells. Their results were published in Science this summer (August 18) and in Nature Methods this month (December 5).

“It is a really cool technique . . . in the sense that you get one site that can generate a very diverse editing pattern and can start encoding more and more information,” said Aaron McKenna of the University of Washington who was not involved in either study.

Scientists have identified antidotes to Cas9 in bacteriophage genomes. And these proteins can block the activity of bacterial type II CRISPR-Cas systems in human cells, the team reported in Cell this month (December 8).

“The obvious interest of anti-CRISPR proteins that inhibit type II systems is the possibility to modulate the activity of Cas9 in gene-editing applications,” Philippe Horvath of DuPont in France, who was not involved in the study, wrote in an email. “The expression of these inhibiting proteins could be triggered in response to a given condition, or at a particular time point in the development of an organism, which would put a stop to the activity of Cas9. A clever way to store the molecular scalpel into its safety case.”

“Our surprising finding is that . . . most lncRNAs function in only one cell type,” coauthor Daniel Lim of the University of California, San Francisco, told The Scientist. “This exquisite specificity in RNA function is a result that I do not think I would have believed, had we not done a study on this scale.”

Zika’s Persistence in Infants
Microcephaly is but one of the birth defects associated with infection in babies, a study suggests. The virus persists and replicates in the infant brain, according to another study.

Britain Set to Become First Country to Approve Three-Parent IVF
Parliament voted to allow mitochondrial replacement therapy last year. This latest decision suggests we may see babies born from the technique in the country in 2017.

Mouse Immunology Paper Retracted
A finding of misconduct spurs the retraction of a Science paper claiming to have identified a protein in mice that boosted immunity to both viruses and cancer. 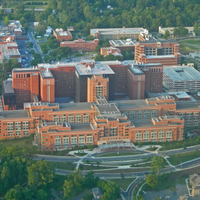