FLICKR, DEAN HOCHMANBabies born with a specific immune phenotype appear more likely than infants without it to develop food allergies a year later, researchers from Australia and China showed in Science Translational Medicine this week (January 14). Allergy-prone newborns, the scientists found, are born with certain immune cells that are primed to cause inflammation.

“We need to do the work and see whether this signature at birth is still present when the kids actually have established disease,” study coauthor Peter Vuillermin of Deakin University in Victoria, Australia, told The Scientist.

“It’s fairly well known that there are T-cell changes associated with food allergy,” said M. Cecilia Berin of the Icahn School of Medicine at Mount Sinai in New York City who was not involved in the research. “[This study] really identifies the contribution of the innate immune system upstream of T-cell dysregulation.”

WIKIMEDIA, POGREBNOJ-ALEXANDROFFMice transplanted with human gut microbes experienced significant declines in bacterial species diversity when fed a low-fiber diet, according to a study published in Nature this week (January 14). Investigators at Stanford University and their colleagues also found that decimated microbe populations are “able to bloom when the dietary fiber is brought back,” said study coauthor Justin Sonnenburg of Stanford.

Peter Turnbaugh of the University of California, San Francisco, pointed out that the results have yet to be replicated in people. “I would be concerned that people will take this too far and think that our microbiome is going extinct and that there should be a call to action,” said Turnbaugh, who was not involved in the research. “And that could be true, but we definitely need more experiments in humans.”

WIKIMEDIA, CAS9 WIKI PROJECTA study published in Nature Biotechnology this week (January 11) is the latest to show the utility of the CRISPR/Cas9 system for basic research applications. Scientists from the Netherlands Cancer Institute in Amsterdam and their colleagues recently used CRISPR to systematically screen for noncoding elements in the human genome, identifying enhancer elements of the transcription factors p53 and ERα.

“This [CRISPR-based approach] is really necessary because it is quite difficult to assess the function of regulatory elements in endogenous situations without using reporter assays,” said Ramin Shiekhattar of the University of Miami Miller School of Medicine who was not involved in the research.

Applying CRISPR to noncoding sequences “is clever, and it is surprising to me that it worked,” said Cecilia Moens of the Fred Hutchinson Cancer Research Center in Seattle who was also not involved in the work.

Blasts’ effects on the brain

Repeated exposure to explosions was associated with reduced glucose metabolism in the cerebellums of combat veterans and mice, according to a study published in Science Translational Medicine this week (January 14). A team led by researchers at the University of Washington also found small leaks in the blood-brain barriers of mice meant to model serial blast exposure.

“The novelty of this study is linking the veterans’ brain imaging to the pathology in the blast-exposed animal model,” said Justin Karr of the University of Victoria in British Columbia who was not involved in the study.

“One of the opportunities for future investigation, using the blast animal model, is to correlate the imaging with pathology to understand what the imaging studies actually mean,” said David Brody of the Washington University School of Medicine in St. Louis who also was not involved in the research.

FLICKR, DUNCAN HULLBuilding biopolymers and other repetitive proteins using the least-repetitive DNA sequences possible is now easier, thanks to an algorithm produced by researchers at Duke University in Durham, North Carolina, and published in Nature Materials this month (January 4).

“Repetitive proteins can have important structural and functional properties of interest to materials science and biomedicine, and being able to easily study them and build many variants is quite exciting,” said Daniel Goodman of Harvard who was not involved in the study.

WHO: Ebola Transmissions End in West Africa
The World Health Organization announces that Guinea, Liberia, and Sierra Leone have reported no cases for at least 42 days, then a woman who died in Sierra Leone tests positive for the virus.

Counting Cells
A person likely carries the same number of human and microbial cells, according to a new estimate.

Who Owns CRISPR, Cont’d
The US Patent and Trademark Office declares a patent “interference” and will seek to determine who has rights to the gene-editing technology.

Disclosure of Problematic Scopes Delayed: Report
The US Senate has found hospitals, a device maker, and federal regulators dragged their feet on reporting contaminated endoscopes.

How Multicellularity Arose
Researchers identify a molecule that may have been key to the surprisingly common transition from single-celled ancestors to today’s complex, multicellular organisms. 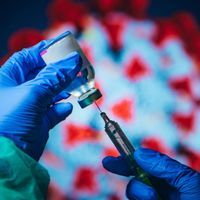 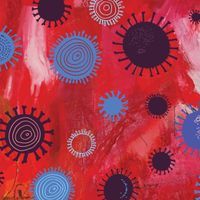