Scientists at the University of California, San Diego, this week (November 3) reported on a method for labeling cellular structures such that overlaid electron micrographs (EMs) show colorized components. The team described its approach in Cell Chemical Biology.

“I’m sure there will be a lot of people who will want to try this,” said Richard Leapman of the National Institute of Biomedical Imaging and Bioengineering in Bethesda, Maryland, who was not involved in the work. “I was excited when I read it.”

A scientist’s most influential paper, in terms of the number of citations, is equally likely to be published at any point during his or her career, researchers from Central European University in Budapest reported in Science this week (November 3). Nevertheless, assessing as few as 10 papers from an individual researcher can yield a consistent impact level (Q value) associated with that person’s overall...

Mapping tobacco smoke–linked mutations and epigenetic alterations across 17 tumor types, researchers at the Los Alamos National Laboratory in New Mexico, the Wellcome Trust Sanger Institute, and their colleagues produced a comprehensive map of smoking-associated cancer risk. The team’s analysis was published in Science this week (November 3).

“Comparing the mutations in cancers arising in smokers and nonsmokers using genomic sequencing has never been done to this extent,” said Gerd Pfeifer of the Van Andel Research Institute in Michigan who was not involved in the work but penned an accompanying editorial.

The pigmentation patterns on African striped mouse (Rhabdomys pumilio) and the Eastern chipmunk (Tamias striatus) are the result of a similar transcription factor–dependent mechanism thought to have evolved independently, scientists at Harvard University and their colleagues showed in Nature this week (November 2).

Mutation vs. Mutation
Yeast study finds many instances—often among related genes—in which a mutation in one gene cancels the negative effects of a mutation in another.

Artificial Ion Pump Mimics Neuronal Speed, Precision
Researchers create an artificial nerve that could be the forerunner of neural prosthetics.

FDA Approves Clinical Trials to Test Cuban Cancer Vaccine
An early-stage study of the effectiveness of a lung-cancer vaccine developed by scientists in Cuba could start as early as next month.

Tough Crowd
Reviewers who are experts in a given field are more likely to deliver harsher critiques of papers that hit close to home, researchers report. 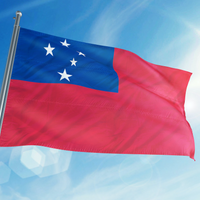