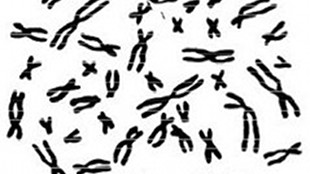 WIKIMEDIA, RUTH LAWSON, OTAGO POLYTECHNICEarlier this year (March 21) the American College of Medical Genetics and Genomics (ACMG) released recommendations on what to do if whole-genome sequencing of patients revealed genetic risks not related to the original purpose of the testing. Last week (May 2) the ACMG released a second document clarifying its findings in the face of criticism.

The group stood by its recommendations, which stated that if sequencing revealed any of 57 dangerous mutations, the patient should be told regardless of whether he or she requested the information and regardless of age.

Critics have focused on the ACMG’s recommendation that findings of mutations be revealed even in children, saying they contradict previous statements that doctors should delay giving diagnostic tests for adult diseases in children until the children are grown up.

The ACMG’s clarification states that they see genetic tests as different from the diagnostics that fall...

“ACMG affirms its recommendation not to perform diagnostic testing for an adult-onset condition in children, but believes that reporting an incidental finding of a severe, actionable, pathogenic mutation falls outside this recommendation,” the group wrote in the clarification.

Critics have also said that patients should give informed consent to be told of “incidental” mutations before having their whole genomes sequenced. Robert Green, chair of the ACMG committee that drafted the recommendations and a medical geneticist at Brigham and Women’s Hospital, said in a Huffington Post blog post that requiring universal pre-test genetic counseling would be prohibitively time-consuming—most of whom wouldn’t turn out to have any of the 57 mutations anyway. Moreover, he argued that other areas of medicine do not ask for informed consent before looking for incidental problems. For instance, if a blood test for anemia revealed signs of leukemia, no one would think twice about telling the patient.

“The field of genetics has, for too long, held itself apart from the rest of medicine by assuming that incidental genetic risk information is dangerous sui generis,” he wrote in the blog post. “This is unsupported by accumulating evidence, and, as sequencing and interpretation will soon be inexpensively available, ignores the potential for recognizing known mutations that increase the risk of serious yet treatable disorders.”