Since this map was created in 2014, white-nose syndrome has appeared among bats in Oklahoma, Nebraska, Washington State (probably carried by a traveling human), and now Texas.© ISTOCKPHOTO.COM/POP_JOPPseudogymnoascus destructans (PD) continues its spread across the contiguous United States, with evidence of infection now evident among hibernating bats in six North Texas counties, the Texas Parks & Wildlife Department (TPWD) announced last week (March 23). The resulting disease, known as white-nose syndrome, has already devastated bat communities in the northeastern U.S., with four populations declining by more than 75 percent since the fungus’s presumed introduction to the country in 2006.

“This is devastating news for Texas, and a serious blow for our western bat species,” Mike Daulton, executive director of the Texas nonprofit group Bat Conservation International, told The Washington Post. So far, however, none of the Texas bats show signs of disease.

To date, the TPWD has found evidence of disease in three species: the tri-colored bat, the cave myotis, and Townsend’s big-eared bat. This is the first detection of the fungus in either of the latter two species. The ranges of both bat species extend farther to the west, and the cave myotis is found deep into Central America.

A spot of hope as the fungus spreads west and south is that the resulting disease only seems to harm hibernating bats, and nearly two-thirds of Texas’s 32 bat species do not regularly hibernate. But cave myotis bats often share dwellings with other species, such as the Mexican free-tailed bat. “We do have concerns about the continuous bat-to-bat spread of the fungus now throughout the West, even down to Mexico and South America,” Jeremy Coleman, national white-nose syndrome coordinator for the US Fish and Wildlife Service, told The Verge.

“We remain, I guess, on the edges of our seats to know exactly what’s going to happen as PD enters the ranges of those additional species,” Coleman told reporters last week (via The Verge). 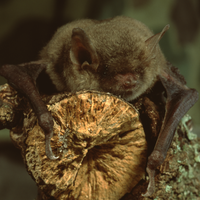 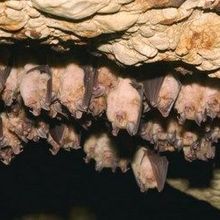 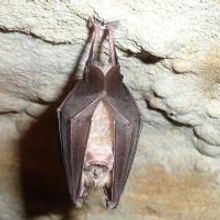