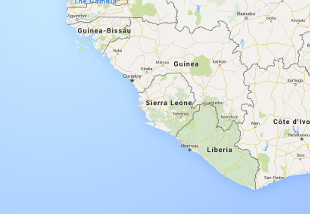 A mother and her 5-year-old son in Guinea have tested positive for Ebola, the World Health Organization (WHO) announced last week (March 18). The patients, who have been transported to a treatment facility, were among the four surviving relatives health officials tested after three unexplained deaths in the family, the WHO noted.

When the WHO this year declared the end of Ebola transmissions in West Africa, the agency noted that the three hardest hit countries—Guinea, Liberia, and Sierra Leone—were still “at high risk of additional small outbreaks.” Indeed, Sierra Leone saw a small Ebola flare-up in January, which the WHO declared over the same day it announced the two cases in neighboring Guinea.

“WHO continues to stress that Sierra Leone, as well as Liberia and Guinea, are still at risk of Ebola flare-ups, largely due to virus persistence in some survivors, and must remain on high alert and...