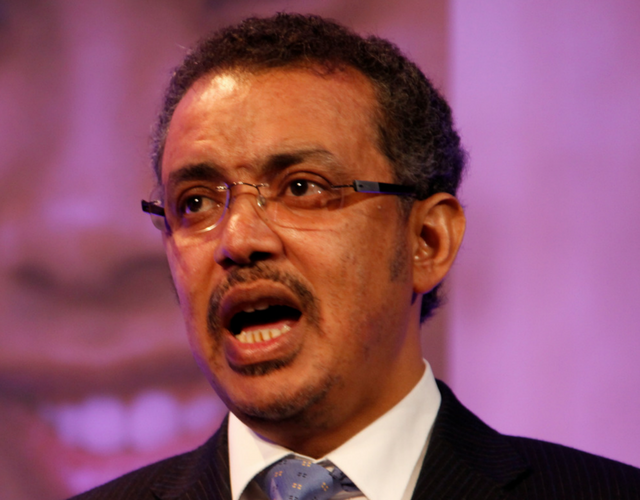 Tedros Adhanom Ghebreyesus, 52, was elected the director-general of the World Health Organization (WHO) after 185 out of 194 health ministers cast their votes in Tuesday’s election. He is the first African to lead the health agency and also the first director-general to come from a developing country and to not hold a medical degree, according to STAT.

Tedros was Ethiopia’s minister of foreign affairs from 2012 to 2016 and minister of health from 2005 to 2012, according to a WHO news release. As the health minister, he curbed death rates from malaria, AIDS, and tuberculosis, the New York Times reported.

His promises as the new director-general include improving access to birth control and health insurance as well as increasing agency accountability and diversity, according to the Times.

“They had a tough fight, but a very good fight,” she added, acknowledging the two other contenders, Pakistan’s Sania Nishtar of Pakistan and David Nabarro of Britain, in their efforts throughout the election.

According to STAT, Tedros enters the role following the aftermath of the Ebola crisis in West Africa, which was seen by many as an agency failure. “As someone who has worked tirelessly to reform health systems in Ethiopia and across Africa, he will bring great insight and the political leadership necessary to restore trust in the WHO at a critical moment in its history,” Wellcome Trust director Jeremy Farrar told STAT.

Tedros will begin his term in July 2017.