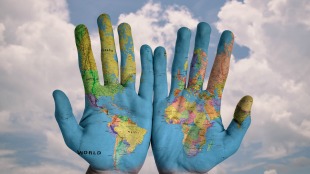 PIXABAY, STOKPICMost countries surveyed recently by the World Health Organization (WHO) have no national strategy to safeguard antibiotics. Globally, the sale of antibiotics over-the-counter is “widespread,” and it is rare that countries track resistance to the drugs, according to the report released yesterday (April 29).

“[I]n most areas of the world we have no idea which drugs are being sold to whom and for what purpose. This is an appalling state of affairs,” Wellcome Trust’s Mike Turner told the BBC News. “We cannot hope to stop bacteria becoming resistant to drugs unless we have simple, basic information in place.”

WHO asked 133 national governments to assess their responses to the growing threat of antibiotic resistance. Thirty-four reported that they have a comprehensive national plan in place, including four of 26 responding countries in the Western Pacific, five of 11 countries in southeast Asia, 40 percent of European respondents,...

“Scientists, medical practitioners and other authorities including WHO have been sounding the warning of the potentially catastrophic impact of ignoring antibiotic resistance,” Keiji Fukuda, WHO’s assistant director-general for health security, said in a press release. “Today, we welcome what has been achieved so far, but much more needs to be done to avoid losing the ability to practise medicine and treat both common and serious illnesses.”

According to WHO, countries attending the World Health Assembly in May will be asked to adopt a Global Action Plan, developed by WHO and others, in part to establish a national strategy to prevent antibiotic resistance.