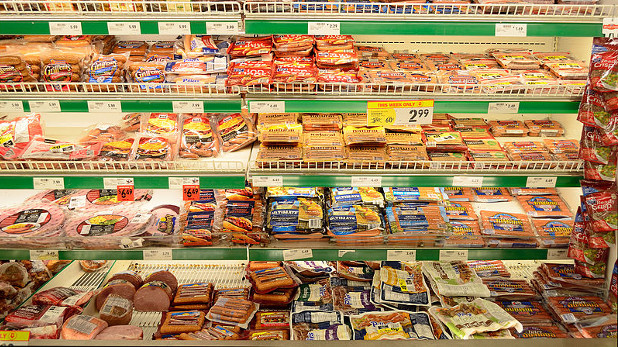 WIKIMEDIA, RAYSONHOYou’ve seen the headlines. According to the International Agency for Research on Cancer (IARC), a division of the World Health Organization (WHO), consumption of red meat is probably carcinogenic to humans and processed meat is now classified as a known carcinogen. Specifically, consumption of these meats is most closely associated with an increased risk of colorectal cancer, the IARC noted in a press release.

“The link to cancer is supported by increasingly compelling research,” Marion Nestle of New York University told The Wall Street Journal. “There seem to be many reasons to eat less beef, climate change among them, but cancer is a more personal worry.”

In its release, the IARC explained that for processed meats “there is sufficient evidence of carcinogenicity in humans.” The case is less clear with red meats, it added. The group also noted that cooking methods and temperatures could affect the...

As The Atlantic pointed out, “the new designation doesn’t mean bacon is as deadly as smoking. Cancers from cigarettes and alcohol . . . kill far more people globally than does cancer from processed meat.”

Suzi Gage of the University of Bristol agreed. “Comparing meat to tobacco, as most news organizations who’ve chosen to report this have done, makes it seem like a bacon sandwich might be just as harmful as a cigarette,” she wrote at The Guardian. “This is absolutely not the case.”

Of course, meat industry groups are taking issue with the IARC’s new classifications of their products. In a statement sent to The Wall Street Journal, the North American Meat Institute said the WHO group’s conclusions “defy both common sense and dozens of studies showing no correlation between meat and cancer and other studies showing the many health benefits of balanced diets that include meat.”

“We simply don’t think the evidence supports any causal link between any red meat and any type of cancer,” Shalene McNeill of the National Cattlemen’s Beef Association told The Washington Post.